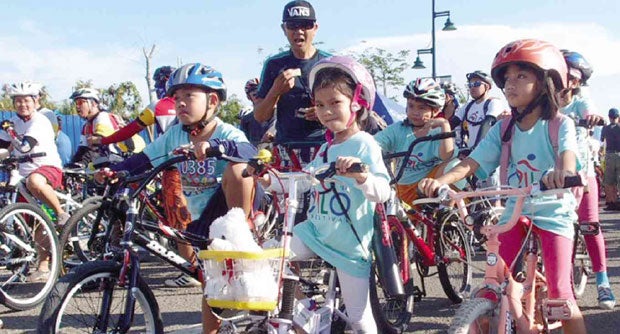 MANILA, Philippines — To help alleviate the country’s air pollution woes, Senate President Franklin  Drilon on Tuesday called on local government units (LGUs) and the Department of Public Works and Highways (DPWH) to move towards making major roads and thoroughfares conducive to bikers and other pedestrians.

Drilon said the government programs against air pollution in the country’s metropolitan areas must “effectively strike against the main-contributing factor: motorized vehicles.”

He then cited a Department of Environment and Natural Resources report, which stated that 80% of pollution load is contributed by “mobile sources or vehicles.”

“The best way to promote modes of transport that do not rely on gasoline or diesel engines is to make our cities safer and more accessible and favorable to these environment-friendly forms of mobility,” the Senate leader said in a statement.

“Our very roads must inspire and help commuters shift to biking and walking. Given the heavy traffic in the streets of our cities, there is a great potential for bicycles and walking to be the preferred mode of transportation for our countrymen on the go,” he added.

Drilon noted that such initiatives were “not exactly unheard of in the country” as he pointed to several road projects in Iloilo  where non-motorized travel has been integrated in the road systems.

He specifically cited the road-widening project along the 10-kilometer Sen. Benigno Aquino Jr. Avenue in Iloilo, which features a six-lane highway, a pedestrian lane and a five-meter paved bike lane that will extend from the Jaro District in Iloilo City to the Iloilo International Airport.

The Senate leader also noted how a 14-km circumferential road connecting Arevalo District in Iloilo City and the coastal road in Dumangas town in Iloilo, have  been designed to include a two-meter painted bike lane throughout its entire span.

Drilon hopes that similar efforts will be made throughout the entire country as he advised the DPWH and LGUs to study if such initiatives could be made in their localities.

“We need to explore more options and choose the best alternatives. These programs will not only help alleviate our environmental concerns, but they will also promote a healthier regimen for our people,” he said.

The Senate leader said he would support any  legislation towards such initiatives if “congressional backing would prove to be necessary to commence these ideas.”