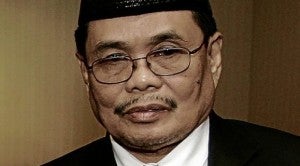 “It was a very difficult process. It went through a lot of stages,” Iqbal said of the drafting of the document.

“The BTC actually set March 31 as the deadline but it had to put the finishing touches to it,” Jaafar said in a phone interview.

He said the commission was continuing to refine the draft but was expected to finish everything before Monday.

The commission met its self-imposed April deadline to complete its work. After its submission to Mr. Aquino, the document will go to Congress for approval as the Charter of the proposed Bangsamoro autonomous region.

The President has promised to submit the draft basic law as an urgent bill when he transmits it to Congress.

Iqbal said that after submitting the draft law, he would be engaging the Office of the President, the Congress “indirectly,” and the public.

With Mr. Aquino as the main sponsor of the draft law, Iqbal said he could well imagine that the President would pore over it and may even make suggestions on how to improve it.

It has been suggested that after the tough peace negotiations, the next battleground for the peace process will be Congress. District representatives, especially from the provinces that will be affected by the creation of a new Muslim-led autonomous region will closely scrutinize the proposed law.

After Congress passes the basic law for the proposed Bangsamoro entity, it will be submitted for ratification in a plebiscite in those areas proposed to be included in the Bangsamoro territory. Localities that ratify the charter will comprise the administrative jurisdiction of the new autonomous entity.

Once the basic law is ratified in a plebiscite, Republic Act No. 9054, or the Organic Law that created the Autonomous Region of Muslim Mindanao (ARMM), will be deemed repealed and the ARMM abolished.

A transitional body composed of officials appointed by the President will govern the region until a full set of elected Bangsamoro Assembly members are elected and assume office on June 30, 2016.

Mary Ann Arnado of the Mindanao Peoples Caucus said the official ceremonies for the handover of the draft basic law to Mr. Aquino on Monday will be marked by a rally at Mendiola at 2 p.m. “to mark this significant milestone in the Mindanao peace process.”