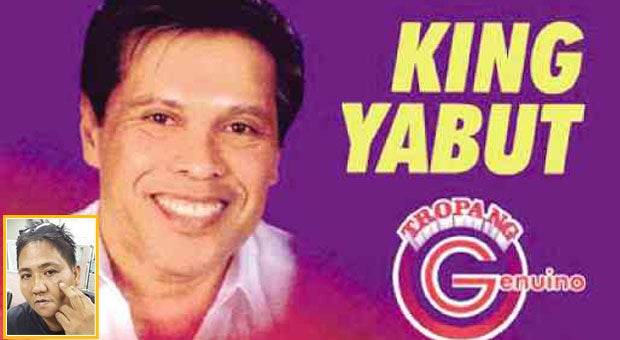 A Makati City Hall employee who works as a driver for Councilor Nemesio “King” Yabut Jr. has filed a complaint against his boss for allegedly giving him a beating and threatening his life in a drunken fit inside his car Tuesday night.

Antonio Poyatos, 40, showed up at the city police station Wednesday with a bruised face and swollen nape, saying he took several blows from Yabut, son and namesake of a former Makati mayor, for apparently failing to answer the councilor’s phone calls.

“I can no longer remember how many times, but he kept punching me while blurting out profanities,” Poyatos said, recounting the incident that took place inside Yabut’s Toyota Vios while it was parked on Jupiter Street in Makati.

Shortly before the beatings, the driver said, he was waiting for his boss to come out of a videoke bar where he met a female friend and had some drinks.

An angry Yabut finally got into the car around 9 p.m. and started cursing him for supposedly failing to answer his earlier calls on the cell phone.

“P—-mo, I am your boss. Why won’t you pick up the phone?” the complainant quoted the councilor as saying. “Do you want me to shoot you?”

But before he could explain, Yabut started hitting him in the face and nape, Poyatos said. The punches were so hard that they left a cut on his lower lip and broke his dentures.

“At that point, I got so afraid. What can I do? I am just an ordinary man and he is a councilor of the city,” he said.

When Yabut’s female friend later joined them in the car, the councilor reined in his temper, his fury dying down as Poyatos drove him home to Ponte Salcedo Condominium on Salcedo Street in the city’s central business district.

The driver, a resident of Barangay (village) Guadalupe Nuevo, said he later sent a text message to Yabut to “apologize” and inform him of his plan to resign.

He could still feel the pain from the beatings the next morning, when he decided to go to the police to file a complaint. “I have to do this. His abuses have gone too far,” he told the Inquirer.

Poyatos alleged that Tuesday night’s incident was not the first: Days before the May 2013 elections, Yabut also hit him after he made a wrong turn while driving.

Poyatos said he receives a monthly salary of P10,000 as Yabut’s driver for his official functions. Since 2010, however, he has also been called to duty for Yabut’s personal trips out of town, even on weekends. “I was even driving for his friends,” he said.

After filing a complaint for physical injuries and grave threats, he said he also plans to bring his case to the Office of the Ombudsman.

Yabut’s father was a longtime mayor of Makati before Jejomar Binay took over in 1986 after the People Power Revolution. Yabut Jr. last ran for councilor under the opposition ticket challenging Binay’s son Jejomar Erwin Jr., the current mayor.

Phone calls and text messages sent by the Inquirer to Yabut on Wednesday went unanswered.

‘Anti-spanking ordinance not biased vs poor’