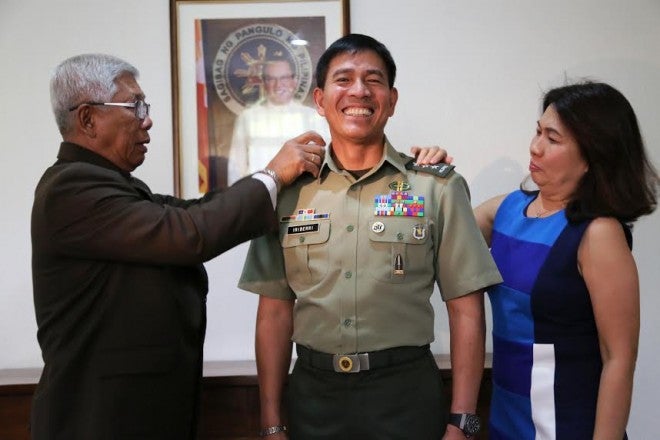 MANILA, Philippines—Promotions are aplenty for the Army’s “Superman.”

After climbing to the top of the Philippine Army totem pole a couple of months ago, and after President Benigno Aquino III christened him as “Superman” in his inauguration, now Lieutenant General Hernando Iriberri received the much coveted third star Monday.

Defense Secretary Voltaire Gazmin pinned the third star on Iriberri’s shoulder at Camp Aguinaldo that officially moved him up the ranks from his previous designation as a Major General.

“While rank has its own privileges, it also conveys greater responsibilities that must be fully embraced,” Iriberri said in a statement.

Iriberri, a member of Philippine Military Academy “Matikas” Class of 1983, was installed as Army Chief last Feb. 7 when he was still a Major General.

“Wearing it means more than just prestige, it also means venturing into a future of more intricate challenges,” he said.