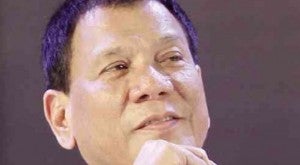 DAVAO CITY, Philippines – Mayor Rodrigo Duterte said the government should review the previous agreements on the safe conduct passes granted to communist leaders taking part in the peace talks between the government and the National Democratic Front of the Philippines (NDFP), saying he heard it “from the distant past” that the Tiamzon couple was granted those passes.

“I hope these things are sorted out at the earliest possible time.  If government still wants to initiate talks, it has to have safe conduct passes to important persona,” he said, referring to Jalandoni and the Tiamzons.

But whether or not the government still wants to continue the talks remains a question, according to Duterte.