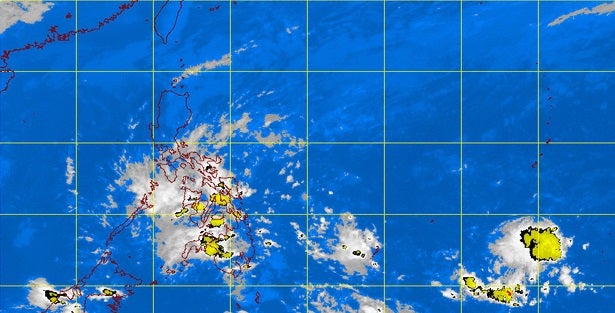 MANILA, Philippines — The low pressure area (LPA), previously called tropical depression “Caloy,” could either intensify again once it passes over the open waters of the Sulu Sea or simply dissipate.

Philippine Atmospheric, Geophysical and Astronomical Services Administration (Pagasa) forecasters raised these two scenarios with the LPA expected to continue bringing moderate to heavy rains on Monday over the Visayas.

Forecaster Fernando Cada said that based on current models, the LPA would linger within the Philippine area of responsibility (PAR) until Tuesday or Wednesday.

He said that while inside the PAR, it could either weaken further and dissipate or it could develop again into a tropical cyclone upon passing over open waters, where weather disturbances would usually gain strength.

Cada said that as of 4 p.m. Sunday, the LPA was estimated at 50 kilometers east of Dumaguete City and would bring moderate to occasionally heavy rains and thunderstorms over the Visayas.

Sea conditions in the areas are expected to be rough to very rough.

Metro Manila and the rest of Luzon will be partly cloudy to cloudy with isolated rainshowers or thunderstorms.