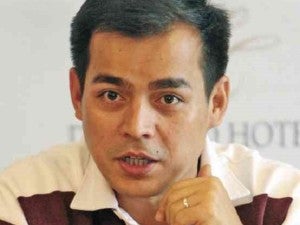 MANILA, Philippines—The Department of Justice has dismissed a complaint of illegal gambling and several other charges filed against Vice Mayor Francisco “Isko Moreno” Domagoso and five other councilors who were arrested in February last year for holding a bingo game in Sta. Cruz, Manila during the campaign for the last local elections.

The Manila Police District Station 3, represented by precinct commander Inspector Eduardo Morata, filed the complaint for illegal gambling, direct assault, resisting arrest, obstruction of justice and violation of the Code of Conduct and Ethical Standards for Public Officials and Employees (Republic Act No. 6713).

The DOJ resolution dismissing the complaint was dated Feb. 17, 2014 but the Inquirer obtained a copy only this week.

In his affidavit of arrest, Morata said his precinct received a call at 1:45 p.m. on Feb. 16, 2013, reporting a bingo session that was about to start on Tambunting Street in Sta. Cruz where cards were being sold for P10 with prizes ranging from P500 to P10,000.

Morata and other policemen went to the area and reminded the councilors, who were then seeking reelection, that they did not have a permit. Councilor Bernie Ang said they would just raffle off the prizes instead, so the police left.

But the police received another call that the bingo event had pushed through so they went back to stop it. Morata said Councilor Ernesto “Jong” Isip told the police, “What right do you have to stop this, do you have a warrant?” while Councilor Joel Chua said, “Aren’t you afraid of us? We’re lawyers and councilors, can you arrest us?”

Morata proceeded to confiscate the “tambiolo,” bingo cards, microphone and P2,000 in cash, but Domagoso arrived and told the people to continue with the bingo session. A commotion ensued when police arrested Domagoso and Councilors Isip, Chua, Manuel “Letlet” Zarcal, Ma. Asuncion “Re” Fugoso and John Marvin “Yul Servo” Nieto.

In media interviews, Domagoso said the arrest was political harassment as they were running against the party of then incumbent Mayor Alfredo Lim. Lim had denied ordering the arrest. The vice mayor and the councilors were detained overnight before a city prosecutor ordered their release.

In the resolution, Assistant State Prosecutor Gerard Gaerlan recommended a dismissal for lack of probable cause as the complainant failed to prove that the bingo cards were being sold.

Respondents said the bingo session was just a parlor game in order to attract people to attend their consultation program.

The investigating prosecutor also dismissed the rest of the charges because of vague allegations on how the acts were committed. Complainant also did not cite a particular provision of RA 6713 that was violated.