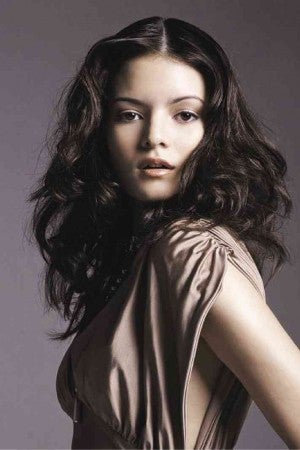 MANILA, Philippines–Police ruled out foul play in the death of Filipino-American model Helena Belmonte, who fell off from her 28th floor unit in a Pasig condominium.

The tragedy ”traumatized” her boyfriend who, according to Police Officer 3 Lawrence Punzalan, was “crying hard” that “we were not able to get clear statements about what happened”.

‎Punzalan told INQUIRER.net in a phone interview Friday that they were positive that Belmonte committed suicide.

“There was a note left on the scene. Parang may sinisisi siyang tao (It’s as if she was blaming someone),” Punzalan said in Filipino.

He said the Pasig City Police Crime Laboratory was in the process of confirming if the fingerprints and penmanship on the note were Belmonte’s.

‎Punzalan detailed the night when Belmonte jumped off from the 28th floor of the Renaissance Towers 1000 on Meralco Avenue, Ortigas Center, in Pasig City on Thursday.

Around 1:30 a.m., a security guard from the seventh floor suddenly heard a loud thud ‎outside its roof deck-turned-garden.

“When he looked outside the window, he saw Belmonte on the roof deck,” he added.

Belmonte was found dead, sprawled on the exhaust vent of an air-conditioning unit on the seventh floor.

“Her boyfriend was crying hard. He was so traumatized that we were not able to get clear statements about what happened,” Punzalan said.

Punzalan, however, refused to identify Belmon‎te’s boyfriend although a columnist of Philippine Daily Inquirer mentioned in a Feb. 9 article that Belmonte’s boyfriend was art collector-businessman Marcel Crespo.

Also that Thursday night Punzalan said before the suicide, the victim, her boyfriend and a female friend went to a party.

A police report said that after the three arrived at Belmonte’s unit, the boyfriend and female friend left again, leaving the model by herself.

When the boyfriend and his female companion returned, they found Belmonte gone and then discovered her body on the roof deck.

Belmonte’s remains were initially brought to Quioge Funeral Parlor in Pasig City but her relatives requested that she be transferred to Arlington Memorial Chapel.

She was the daughter of Joan Lorraine Belmonte, founding creative director of One Mega Group Inc., which publishes glossy magazines such as Mega, Lifestyle Asia, Travel and Meg.

“Her mom will fly to the country from US. I heard she will arrive the country anytime tonight,” Punzalan said.