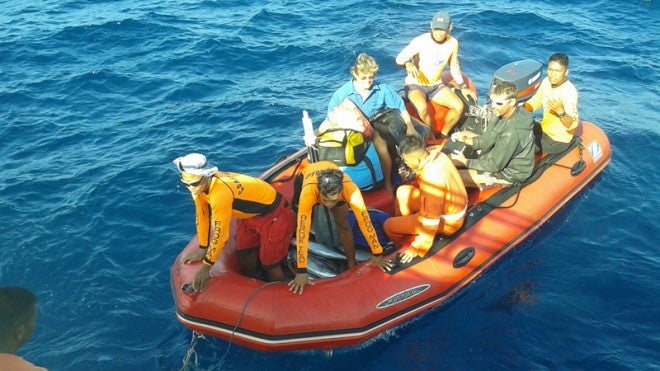 MANILA, Philippines—The Philippine Coastguard (PCG) has rescued two Americans aboard a yacht from Palau which ran aground the Tubbataha Reef in Palawan.

According to a PCG report, Linda McKiever, 60-years-old, and Rene Menz, 47, were aboard the yacht S/V Creola some 47 nautical miles southwest of Tubbataha Reef’s south islet or east of the Basterra Reef.

McKiever and Menz, as of posting time, are under the custody of the PCG for investigation.

The PCG in Puerto Princesa is now coordinating with the US Embassy for the disposition of the survivors.

US has not paid Tubbataha fine

US navy ship runs aground on Tubbataha Reef