Who's who of Russians hit by new US sanctions | Inquirer News

Who’s who of Russians hit by new US sanctions 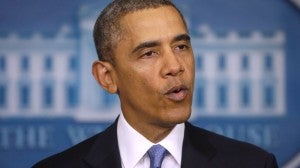 MOSCOW—US President Barack Obama on Thursday announced sanctions against 20 Russian lawmakers and senior government officials, amid the worst crisis between Moscow and the West in years.

The US move freezes assets within American jurisdiction and bars US firms from conducting business with those concerned.

Yuri Kovalchuk, chairman of Bank Rossiya — which is also covered by the latest sanctions — is a member of Putin’s inner circle. Washington sees him as “personal banker” to senior Russian officials including the president.