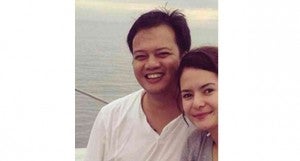 Belmonte was found sprawled on the exhaust vent of an air-conditioning unit at the seventh floor of the tower.

But Rariza said the police are still conducting an investigation.

Prior to the incident, the socialite model had a drinking session with her boyfriend and friends.

Police said Belmonte’s boyfriend ‎admitted that they had a misunderstanding ‎days before her alleged suicide.

Death of Mick Jagger’s girlfriend is ruled a suicide