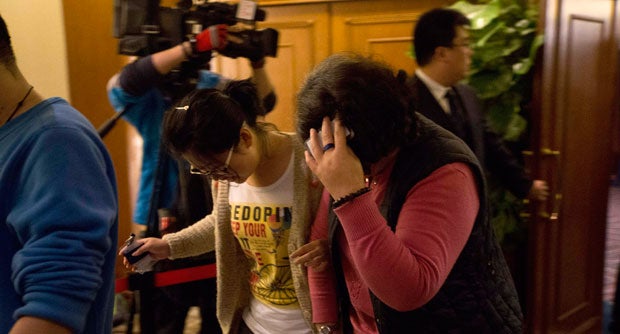 BEIJING—The search for a missing jetliner with Chinese travelers aboard has revealed the limits of Beijing’s influence in its own backyard and left communist leaders facing outrage from their public.

Beijing has demanded Malaysia do more to find the missing Malaysia Airlines jetliner. But despite sending nine ships to help in the search, China appears to have little leverage over its far smaller Southeast Asian neighbor.

The situation is especially uncomfortable for Chinese leaders because part of the ruling Communist Party’s claim to a monopoly on power is that it is best qualified to look after the public’s interests. The rise of social media and the increased willingness of China’s public to assert its rights adds to the pressure to find the 154 Chinese among the 227 missing passengers.

There is “very likely a lot more pressure from the domestic community in China on Beijing to make sure that Chinese nationals are being protected,” said Marc Lanteigne, research director at the New Zealand Contemporary China Research Centre at Victoria University of Wellington.

Anxious relatives have thronged a temporary Malaysia Airlines office set up in a Beijing hotel and accuse Malaysian officials and the carrier of withholding information.

Reliance on US, British expertise

China has the world’s second-largest military budget, at $114 billion last year, and has spent heavily on expanding the ability of its navy to project power farther from its shores. But the search that began in the Gulf of Thailand on the edge of the South China Sea, which China claims as its territorial waters, has relied heavily on expertise from the United States and Britain on the other side of the globe.

China is the biggest trading partner for most of its Asian neighbors, buying tens of billions of dollars’ worth of raw materials and components from them annually. Yet despite such incentives for cooperation, countries from Vietnam to Australia are uneasy about China’s ambitions, which has hampered its efforts to acquire influence.

Beijing has resorted to taking the unusual step of publicly haranguing Malaysia’s government, a sign that whatever pressure it is applying in private is failing to produce results.

After Malaysian Prime Minister Najib Razak said Saturday that the Boeing 777 might have flown beyond the current search area, Beijing reacted with fury, a sign that the announcement took it by surprise.

A stinging commentary by China’s official Xinhua News Agency accused Malaysia and the United States of dragging their feet.

“Given today’s technology, the delay smacks of either dereliction of duty or reluctance to share information in a full and timely manner,” Xinhua said. It said Malaysia “bears inescapable responsibility.”

Xinhua said the plane’s manufacturer, Boeing Co., and the maker of its engines, Britain’s Rolls Royce plc, as well as “intelligence superpower the United States,” with access to valuable information, “should also have done a better job.”

“To put it in public isn’t helping,” he said.

The rise of social media in China and the growing willingness of prosperous urban residents to assert their rights have added to pressure on Beijing to find the missing travelers.

Beijing is pressing for information “to show it is being a responsible government to the relatives of the passengers (and) to the Chinese public,” said Liu Shanying, a political scientist at the Chinese Academy of Social Sciences.—Louise Watt