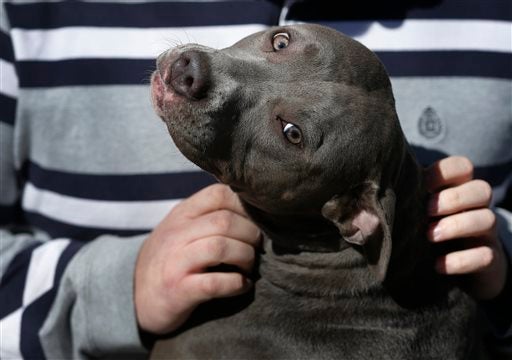 KANSAS CITY, Missouri — For much of the past three decades, pit bulls have been widely regarded as America’s most dangerous dog — the favorite breed of thugs, drug dealers and dog-fighting rings, with a fearsome reputation for unprovoked, sometimes deadly attacks.

Hostility toward “pits” grew so intense that some cities began treating them as the canine equivalent of assault rifles and prohibited residents from owning them.

But attitudes have softened considerably since then as animal activists and even television shows cast the dogs in a more positive light.

The dogs’ foes complain that their message is being drowned out by a well-funded, well-organized lobbying effort by pit bull advocates.