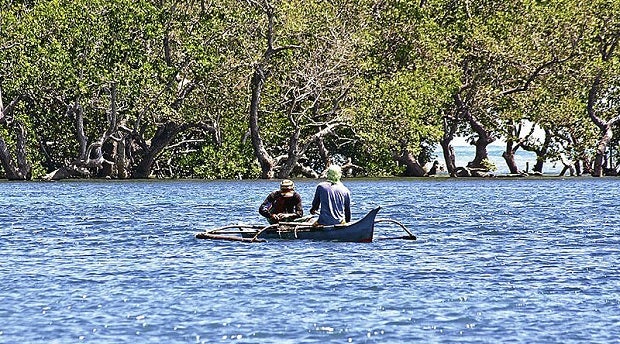 MANILA, Philippines—Biology and veterinary medicine students of two universities in Metro Manila and Nueva Vizcaya will soon be able to gain experience working with animals under rehabilitation at the Wildlife Rescue Center of the Biodiversity Management Bureau (BMB).

The BMB (formerly the Protected Areas and Wildlife Bureau) of the Department of Environment and Natural Resources has entered into a partnership with two universities for an internship program giving students the opportunity to gain practical skills in wildlife rehabilitation.

In a news release, the BMB said it signed separate agreements with Our Lady of Fatima University in Valenzuela City and the Nueva Vizcaya State University (NVSU) on March 3 at the Ninoy Aquino Parks and Wildlife Center (NAPWC) in Quezon City.

BMB Director Theresa Mundita Lim said the agreements would allow students of veterinary medicine, biology and related disciplines of the two schools to hold their internship at the Wildlife Rescue Center (WRC) inside the NAPWC.

Lim said the partnership would be a “win-win situation” for the BMB and the two schools.

She said students of Fatima and NVSU would be accommodated at the WRC, and “at the same time, they will help boost the BMB’s manpower in caring for the animals in its custody and in maintaining the facility.”

“It also enriches the students’ personal experience and knowledge in caring for and managing captive wildlife,” Lim said.

Under the agreement, the students are also required to write down their observations and experiences in journals, as a form of feedback mechanism for the BMB.

The WRC provides facilities for animals that have been confiscated or rescued, which are then rehabilitated before being returned, if possible, to their original habitat.

Each of the memorandums of agreement has a term of three years, but is renewable subject to the requirements of both the BMB and the two universities.