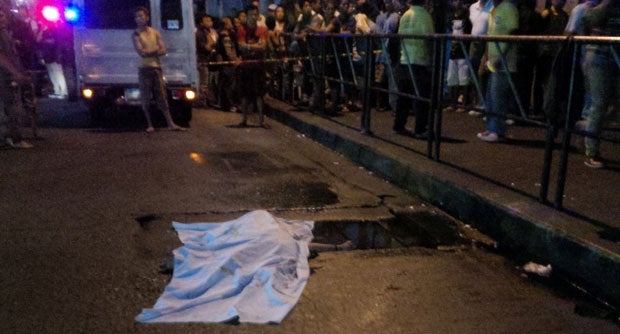 Train commuters pass by the fallen body of the Korean national who jumped from the 24th floor of GA tower. ERWIN AGUILON/Inquirer Radio

The condominium, named G.A. Tower, was located on the southbound land of Edsa and across from the Boni MRT train station, an initial report of Radio Inquirer 990AM said.

The police Scene of the Crime Operatives cordoned off the area to conduct an investigation, resulting in a traffic gridlock.

The Radio Inquirer report, quoting the police, said the man’s body landed first on the street electrical wires, resulting in the dismemberment of the man’s body into parts.