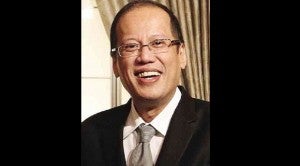 MANILA, Philippines — President Aquino has abolished six government-owned and controlled corporations and has approved the abolition of more as part of an ongoing crackdown on “non-performing” or “unnecessary” firms operating under the bureaucracy.

The Governance Commission of GOCCs (GCG) said on Monday it has been “actively” monitoring 116 such corporations, with the aim “to reduce [the number] to less than 100 by the end of 2014 through abolition, privatization or merger.”

“The streamlining of non-performing and/or unnecessary GOCCs is a key objective in GCG’s strategic roadmap to improving efficiency and transforming the GOCC Sector into a significant tool for economic growth and development,” it said in a statement.

“Affected employees are given separation pay amounting to around one month’s salary for every year of service, unless an administrative or criminal case is failed against them.”

Of those included in the Rodriguez list, eight more had been recommended for abolition, according to the GCG.

TRC chief Dennis Cunanan earlier applied to become state witness, alleging that at least P600 million worth of pork barrel had been channeled through the agency while he was serving as its deputy head.

The GCG said six more companies listed in the Rodriguez bill were part of the commission’s “regular sector-wide evaluation of GOCCs based on financial viability and relevance to current national development plans.”

Also under evaluation is the National Livelihood Dev’t Corp. (NLDC), which was also allegedly listed as an implementing agency for bogus non-government organizations put up by Janet Lim Napoles.

Fourteen of the state companies had been “actually dissolved-by-expiration-of-corporate-term, rendered non-operational, or liquidated under the direction” of the GCG.

Your subscription could not be saved. Please try again.
Your subscription has been successful.
Read Next
10 Filipinos die hourly due to smoking-related illnesses – Drilon
EDITORS' PICK
House energy committee chair Arroyo bats for cheap electricity
CBCP releases litany of thanks for better health
Omega Speedmaster super racing: Tiny device massive change
vivo Philippines offers a free bouquet of flowers and a premium necklace perfect for Valentine’s Day
US gets access to more PH bases
12-year data track poor training of PH teachers
MOST READ
Don't miss out on the latest news and information.