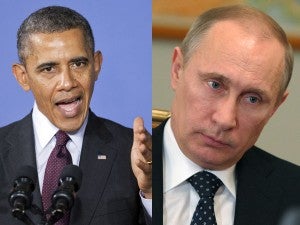 Details of the conversation were not immediately released. Obama also spoke with French President Francois Hollande.

There also was a high-level meeting at the White House Saturday after Russia’s parliament gave Putin the military go-ahead to protect Russian interests in neighboring Ukraine.

Obama warned Russia on Friday that “there will be costs” for any military actions that Russian undertook in Ukraine.

Russia approves use of military in Ukraine

Lawmakers allow Putin to use military in Ukraine