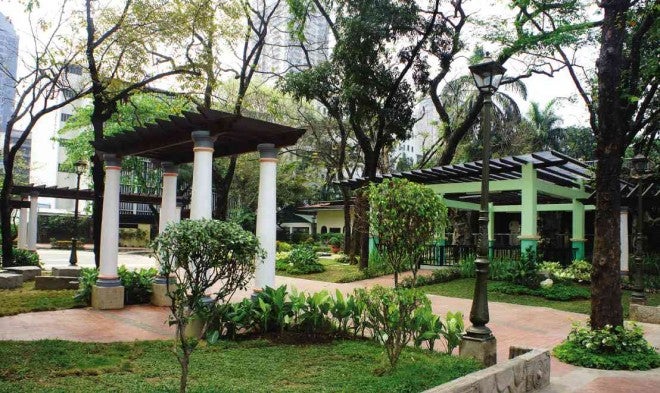 A SPACE for slowing down time awaits senior citizens at Rizal Park.

A part of Rizal Park in Manila has been set aside for the exclusive use of the elderly to give them a place where they can feel right at home for a relaxing and gratifying park experience.

At the new park attraction called the “Senior Citizens Garden,” people in their 60s and above would be able to hold aerobic dance classes and other special events or gatherings.  Outdoor fitness equipment, mostly for cardio exercises, were also set up in the area to allow them to flex their muscles and keep in shape.

National Parks and Development Committee (NPDC) spokesperson Kenneth Montegrande said that the new attraction—open 24/7—was also an area where senior citizens would be able to simply relax and savor the fresh breeze amidst tall trees and flowering plants. 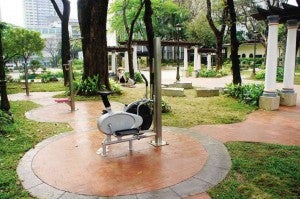 THE NEW garden comes with an exercise machine, among other features. PHOTOS BY MARICAR BRIZUELA

Metal benches were likewise placed beside covered areas where they could spend the day with their family, he added.

Tourism Secretary Ramon Jimenez and NPDC officials led on Monday the inauguration and blessing ceremony for the senior citizen garden which was opened for the first time to the public.

In his message, Jimenez said that it was of “absolute importance for us to little by little and hopefully with gathering speed rebuild and restore Rizal Park as a source of national pride.”

The tourism secretary also noted that the park was one of the “most beloved” places for Filipinos, an area where they could find solace and inspiration.

Along with the opening of the senior citizens’ garden, a visitors center was inaugurated on T. M. Kalaw Street in front of the National Historical Commission building.

Considered a one-stop shop for park goers, it offers flyers containing first-hand information about park attractions as well as a calendar of events and Luneta souvenir items.

Montegrande said that with the visitor center, the NPDC would be able to determine the number of tourists going to the park.

He added that with the opening of the two new attractions, they hope to attract more local and foreign tourists this year.