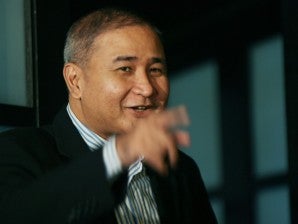 MANILA, Philippines—State-run Philippine Amusement and Gaming Corp. (Pagcor) is being asked to remit to the Bureau of the Treasury P5.8 billion in dividends that it didn’t pay during the time of President Gloria Macapagal-Arroyo.

Pagcor chair Cristino Naguiat Jr. said in a press briefing on Monday that the gaming firm was amenable to paying any liabilities. But Pagcor will have to first determine whether the amount is accurate, he said.

“I’m not sure if we [Pagcor] can pay it in full in one tranche. Perhaps, we can settle it within two to three years,” Naguiat said.

He said Pagcor may have failed to remit dividends annually to the Bureau of the Treasury in the few years before the Aquino administration.

“I was not yet the head of Pagcor during that time. I will ask our accounting department to reconcile figures [with the Department of Finance],” he said.

Government-owned and -controlled corporations are required by law to remit at least half of their income to the national government as dividends.

Pagcor, which operates its own casinos and regulates privately owned ones, earned P3 billion in net income last year, up from P2.8 billion in 2012, Naguiat said.

At least half of last year’s net income will be remitted as dividends while the rest can be used to partly settle the unpaid liabilities for 2005 to 2010, he said.

Naguiat said Pagcor was confident it could remit its entire P3-billion net income to the state coffers and afford not to have retained earnings.

This is on account of a favorable outlook on the gaming industry.

Investment bank Credit Suisse earlier published a report that projected the Philippine gaming industry surpassing that of Singapore by 2018.

Naguiat said the performance of the gaming industry was significantly influenced by the overall economy. The positive outlook on the Philippine economy supports projections that the gaming industry’s revenue would grow substantially over the medium term.

The Philippine economy is projected to grow between 6.5 and 7.5 percent this year, and by at least 7 percent in the next few years, according to the government. At such growth rates, the Philippines is expected to remain one of Asia’s fastest-growing economies.