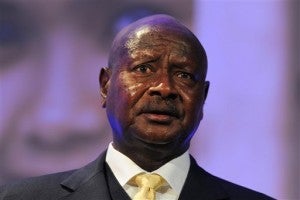 The Uganda Media Center said Monday that President Yoweri Museveni will sign the bill at 11 a.m. local time (0800 GMT) at his official residence.

The bill is popular in Uganda, but rights groups have condemned it as draconian in a country where homosexuality is already illegal.

The law punishes first-time offenders with 14 years in jail. It also sets life imprisonment as the penalty for acts of “aggravated homosexuality.” The bill originally proposed the death penalty for some homosexual acts, but that was later removed amid international criticism.

U.S. President Barack Obama has urged Museveni not to sign the bill, saying doing so would “complicate” the east African country’s relationship with Washington.