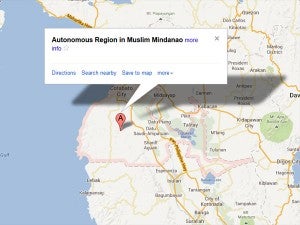 COTABATO CITY, Philippines – The Autonomous Region in Muslim Mindanao government has set aside a total of P6 million in financial aid every month starting January to at least 12 municipalities without Internal Revenue Allotment (IRA) allocations.

These towns were created one after another by the ARMM’s Regional Legislative Assembly starting in 2006.

“These towns failed to meet the criteria set for creating municipalities under RA 7160, otherwise known as the Local Government Code of 1991. The discrepancy has disqualified these regionally established towns from receiving IRA,” Alamia said.

It was not immediately known what the regional government intended to do with these towns, considering that their establishment as municipalities has been considered void, but Alamia said that for the whole year, a total of P72 million has been programmed for them.

Each town will receive at least P500,000 each month but the money was not for salaries but was “intended to help local government units improve governance and hasten implementation of government programs and projects in their respective municipalities.”

“But they (LGUs) have to work for this by religiously reporting to the office. It is not for salaries but for priority projects that have to be approved and closely monitored for proper implementation,” she added.

Maguindanao Assemblyman Khadafi Mangudadatu said the 12 towns have been receiving subsidies since their creation.

“It stopped when the finding they did not satisfy requirements set for creation of towns came out,” he said.

Mangudadatu said the regional government has been trying to address the failure of governance in these towns even as a review of the qualifications of each town to become municipalities has been going on.