Senate to probe DOTC over delays in mass transport projects 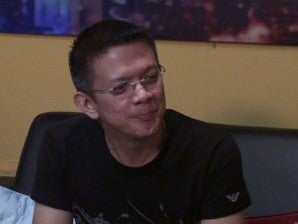 MANILA, Philippines—The Senate committee on finance is to look into the capability of the Department of Transportation and Communication to carry out the programs provided for under the annual national budget in light of its alleged failure to deliver railway projects and other mass transportation systems.

Senator Francis Escudero, chair of the Senate finance committee that tackles the annual general appropriations act, has filed Senate Resolution No. 494 asking for an investigation into the delays in the DOTC’s implementation of mass transportation projects to the detriment of Filipino commuters.

“The delays are incurred in the implementation of three railway projects, IT projects, the release of license plates for motor vehicles, and the Metro Rail Transit 3 expansion and MRT acquisition. Each day these projects are delayed only adds to the burden of the riding public who relies solely on mass transportation,” Escudero said in a press statement.

According  to  Escudero, the DOTC is the biggest implementing agency under the administration’s Public-Private Partnership program, but has been slow in carrying out projects, particularly railways and mass transportation systems.

He said Filipinos were running out of patience over the agency’s delays “which but prolong the agony of the Filipinos they are supposed to serve as the lead agency for transport and communication.”

“The state has limited resources to address all the needs of the public but it tries to prioritize according to the needs,” Escudero said.

“And given that the DOTC has been provided appropriation to implement mass transport projects, it should do its part to maximize the use of these financial resources and provide sufficient and efficient mass transport system as part of its mandate,” Escudero added.

In his resolution, Escudero called for the government to take over the operational control and ownership of the Metro Rail Transit Corporation.

He called on the DOTC to strictly implement Executive Order 126 issued by President Benigno Aquino, authorizing the DOTC and the Department of Finance to buy out the MRTC to the tune of P56 billion.

Escudero said the DOTC and the MRTC have been locked in a legal battle over the purchase of 48 train coaches for MRT 3—a project envisioned to improve the mass transport system and increase the frequency of train service.

“It is axiomatic in law that all government agencies, as part of their implementing task, satisfy the twin requirements of procurement planning and budgeting linkage and availability of funds through appropriation to address all issues in project implementation,” Escudero said.

“But the DOTC has been delayed in its projects. Instead, projects are subjected to litigations and sometimes prohibitory judicial orders and questionable bidding procedures and project awards,” he added.

Escudero said “such delays could never be countenanced, especially now that the country is vying to become a viable investment destination in the region.”