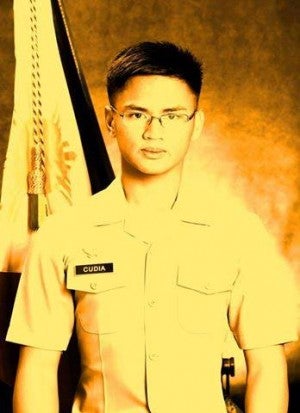 MANILA, Philippines– Relatives of a graduating Philippine Military Academy cadet supposedly dismissed from service for being two minutes late took to social media their complaints against the PMA leadership.

Cadet Aldrin Jeff Cudia was given 11 demerits and 13 hours of touring for his two minutes of tardiness, said his sister Avee Cudia in a Facebook post last Feb. 10.

The cadet Cudia appealed his punishment to his tactical officer, saying that the professor dismissed them late.

In the previous class, the cadets were supposedly told by the professor to wait for a while because he was going to give them a paper. Later in the next class when Aldrin was asked why he was late, he said it was because “the professor dismissed them late.”

Lying is a grave violation of the cadets’ honor code, that one must not lie, cheat and steal.

“Because of the violation of the honor code, he was recommended dismissed by the Honor Committee. They ignored the written affidavit of the professor saying that Aldrin Jeff was right that he dismissed them late,” Avee added.

“Why were the other cadets who were late were only given eight demerits and eight hours of touring? Is it because my brother was not articulate in explaining why he was late and he did not impress the Honor Committee with his answer?” Avee also said.

Avee also accused the tactical officer for not having a liking for his brother.

“The tactical officer is picking on him and had become narrow-minded in giving him punishment. He was the only professor that gave low grades to my brother because he asks a lot of questions in class. What is heartbreaking is that high ranking officials of the PMA don’t talk to him and only listened to the Honor Committee,” she said.

Aldrin Jeff is graduating top 2 in PMA Class 2014. He is top in his Navy Class, a position that guarantees him opportunities in his future career as a military officer.

His foster parent at PMA, Ched Arzadon, posted on her Facebook account last Feb. 17 that Aldrin Jeff was dismissed from service and will not join graduation.

The PMA is using the Foster Parenting program, which give cadets “a home away from home.”

Avee said they will fight for his brother’s justice: “Fight the good fight of faith. We are strengthened by the support of people helping and praying for us. If we lose, at least a lot of people know what we went through.”

The PMA has not been answering the media about the matter, but the Armed Forces of the Philippines said it will re-investigate.

“It has reached the attention of the chief of staff and he has ordered a re-investigation,” military spokesperson Lieutenant Colonel Ramon Zagala told reporters Wednesday.

As the AFP chief, General Emmanuel Bautista has “the overall control and supervision of all units of the AFP and he can order the re-investigation,” Zagala said. The PMA is under the leadership of the newly installed superintendent Major General Oscar Lopez.

But whether or not the issue should have come outside the walls of the PMA is another debate. This was not the first time that a cadet was dismissed from service but it does not usually end up in social media.

The PMA culture and the honor system is a sacred tradition among them and is hard to explain to civilians, according to one PMA graduate. In violating the honor code, you either leave honorably or stay in the service and face ostracism.

“It is hard to explain to civilians what the honor code is. If you violated the honor code then you should not get away from it,” the PMA graduate said who spoke under the condition of anonymity.