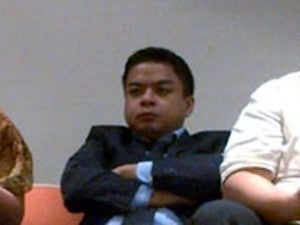 Ridon said this information had become significant in the light of revelations by pork barrel scam whistle-blowers that DAP funds were also disbursed to fake nongovernment organizations allegedly controlled by Janet Lim-Napoles, the alleged mastermind of the P10-billion pork barrel scam.

Ridon said this contradicted Abad’s declaration that DAP funds were primarily used for economic stimulus projects and not to bankroll pet projects of senators and representatives.

In a text message, Abad said: “If he is not too trigger-happy and asked us, we could’ve told him that that was a clerical error.”

“The premise is wrong. Tell him to look at the Saros (Statement of Allocation Release Orders) and he will see that the releases were not meant to augment the PDAF. If they were, it will appear in the releases,” said Abad in a text message.

But Ridon insisted that “this revelation disproves DBM’s argument that the funds under DAP were not used as pork but for ‘fast-disbursing’ projects. The item speaks for itself: PDAF augmentation.”

“This document raises several issues. First, the stated fund sources are line items in the FY 2011 budget that were—in DBM’s terms—‘declared as savings’ even if in fact, the fiscal year was far from over, making the move illegal and unconstitutional,” Ridon said.

“Second, this line item for so-called PDAF augmentation. It is now clear that portions of DAP were used as congressional pork. And now that the Supreme Court has declared PDAF unconstitutional, won’t that allocation be illegal act in itself?” Ridon asked.

Ridon demanded that DBM reveal the projects and the lawmakers who benefited from the DAP windfall.

“As we delve deeper into the nefarious presidential pork barrel system, I am sure that we will find other compelling anomalies that prove that the presidential pork is indeed the greatest pork of all,” Ridon said.

Aside from the DAP releases for pork barrel projects, the DBM also used P6.5 billion in DAP funds as support fund for local government units.