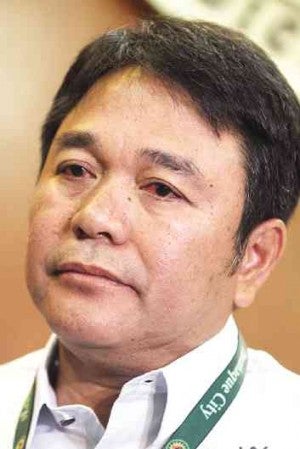 Parañaque City Mayor Edwin Olivarez was put on the spot on Tuesday after a raid conducted by Bureau of Customs agents on two family-owned warehouses yielded millions of pesos worth of counterfeit goods.

In a statement, Olivarez denied knowledge of the contraband valued at around P800 million and said he would not condone or tolerate smuggling.

He explained that the warehouses managed by his sister were leased less than a year ago to a company called ZQL Enterprises owned by Richard Gonzales Chang.

Following the incident, his family has decided to terminate the lease agreement, he added.

“We will not tolerate this,” Olivarez said. “We will cooperate with the proper authorities to get to the bottom of this case and we will let the law take its course.”

“I have instructed our police chief, Senior Supt. Ariel Andrade, to conduct a separate inquiry to get to the bottom of this incident and to file charges against anyone found violating the law,” he added.

The BOC said the warehouses located at the Olivarez Compound in Barangay San Dionisio, Parañaque City, were raided after a month-long surveillance operation.

Jessie Dellosa, BOC deputy commissioner for intelligence, said among the items seized from the warehouses were imitation Havaianas flip-flops and Converse and Skechers rubber shoes, bags and luggage, and other apparel.