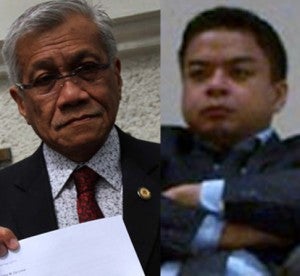 MANILA, Philippines—It was described as a step backward that can only end in “cyberauthoritarianism.”

Akbayan Rep. Walden Bello said he was disappointed by the Supreme Court decision on Tuesday supporting the imposition of penalties for online libel in the new cybercrime law.

“This is most unfortunate. The Supreme Court has just legislated a massive restriction on the freedom of speech. The justices are light years behind the practitioners of the social media. They simply do not understand how Internet exchange quickly separates truth from falsehood, how the Internet has a wonderful capacity for self-policing,” Bello said in a text message.

“The justices who voted for retaining the libel provisions obviously have not graduated to the digital age. More worrisome: Their move constitutes one giant step toward state policing of the Internet. It is incumbent on us all to resist such a regressive move that can only end in cyberauthoritarianism,” Bello said.

Kabataan Rep. Terry Ridon said that the ruling would have “chilling effect” on netizens who value their freedom to express their views on social media.

“From Facebook to Twitter to Instagram and other social media, the decision will silence the netizens whose last recourse to evade culpability is probably to declare that their accounts had been hacked,” Ridon said.

“The fight against e-martial law is far from over. We call on everyone to up the ante and once again show our collective dissent against this repressive law,” Ridon said.

“While the high court reportedly aimed to strike a balance between the protection of civil liberties and government control, we still believe that the law is potent enough to impede our freedom of expression,” he added.

“We respect the decision of the Supreme Court but there is still the need to pass the amendments as regards the removal of libel from the said law,” Sen. Francis Escudero told reporters.

“I already filed the bill for the decriminalization of libel from the Revised Penal Code. That is only being consistent with our position on libel,” he said.

Communications Secretary Herminio Coloma said:  “We will await the full decision of the Supreme Court to be able to understand its implications on public policy. We hope that this decision will strengthen government’s position in fighting cybercrime and upholding the people’s welfare.”

Justice Secretary Leila de Lima said the decision was “timely” as the government needed it to deal with the growing number of cybercrime cases.

“In the intervening period when the (law was suspended), cybercrime in its many forms was continuing and even escalating,” she said. “A clear legal framework is necessary to protect citizens and balance the state’s duties.”

Bayan Rep. Neri Colmenares, who was among those who challenged the law, said they might appeal.

“The government should not be the prosecutor of stained reputations,” Colmenares said, branding it a “draconian law.”

“No one should go to prison just for expressing oneself, especially on the Internet, where people express their frustration with government,” he said.

Lawyer Harry Roque, one of those who petitioned against the law, hailed the decision striking down the powers to take down websites and monitor Internet traffic.

“This is indeed a major victory for privacy and the right of the people to be secure in their communications,” he said in a statement.

But he said the fight to nullify the provisions on criminal libel would continue.

Social media users expressed anger at the upholding of the libel provisions.