PH on track but has yet to address poverty, underemployment | Inquirer News

PH on track but has yet to address poverty, underemployment

MANILA, Philippines – Although the Philippines is on track with its economic growth, it still has to address the high underemployment and poverty rates, the National Economic and Development Authority (Neda) admitted on Monday. 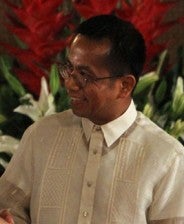 “We are on track with respect to our economic progress…Despite the series of natural disasters that hit the country in the latter part of the year, the Philippine economy still expanded by 7.2 percent, improving from the 6.8 percent achieved in 2012,” Economic Planning Secretary Arsenio Balisacan said during a Palace press briefing.

But Balisacan said there is still much to be done to address the salient issues of the Filipino people.

“Although our unemployment rate has been kept within the targeted range of 6.8 to 7.2 percent, a bigger challenge is reducing the underemployment rate which is still close to 20 percent,” he said, a week after President Benigno Aquino III called on a full Cabinet meeting that tackled poverty reduction and jobs creation.

The Socioeconomic Planning Secretary also said that while the economy’s investment-to-GDP (gross domestic product) ratio is nearing the government’s target level of 22 percent by 2016, it is “still way below what our Asian neighbors have achieved.”

Balisacan gave the report amid news that the unemployment situation in the country has worsened.