PH has no shortage of doctors, health secretary claims 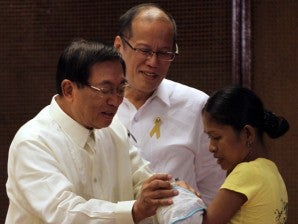 MANILA, Philippines—Doctors are drawn more to the cities than to the rural communities, causing a “maldistribution” of physicians in the country, Health Secretary Enrique Ona said on Friday as he disputed claims of a shortage of doctors made by the Philippine Medical Association.

“The problem really is the maldistribution of physicians and the lack of incentives” for doctors serving rural communities, Ona said at a media forum at the Manila Hotel.

Earlier, the PMA warned health authorities about a shortage of doctors which it said would reach close to a million if the country’s population would hit 100 million by the end of 2014.

PMA president Leo Olarte based this estimate on the ideal proportion of one doctor per 100 population. At present, the Philippines has only 70,000 active PMA members.

But Ona said the country has “more than enough” doctors, with 30 medical schools in the Philippines producing 4, 500 physicians every year. He said the passing rate in the medical board exam last year was 74 percent.

“Let’s say at least 10 percent of doctors currently practicing are dying per year.  We have enough doctors and medical schools. As a matter of fact, as a country we should not be afraid because that is not our problem,” Ona said.

Ona explained that in one program under which the DOH sends doctors to the rural areas, doctors were being paid P54,000 to P60,000 a month.

But still, in some fourth and fifth class municipalities in the country, doctors earn as low as P25,000 a month.

“Now tell me, if that is how much we pay our doctors, do you think they will still stay?” Ona said, noting that a doctor’s average stay in one municipality was two to three years.

Another problem Ona cited was the lack of equipment in health centers in rural areas.

“The problem is how to keep the doctors there. They won’t be happy treating people with just a stethoscope and syringe available at the health centers. Our doctors would not stay longer,” he said.

He said the Department of Health was trying to address these gaps in incentives for doctors and medical equipment in rural areas.

Local government officials could help solve the problem, Ona said, by finding ways of preventing their physicians from leaving by offering them incentives.