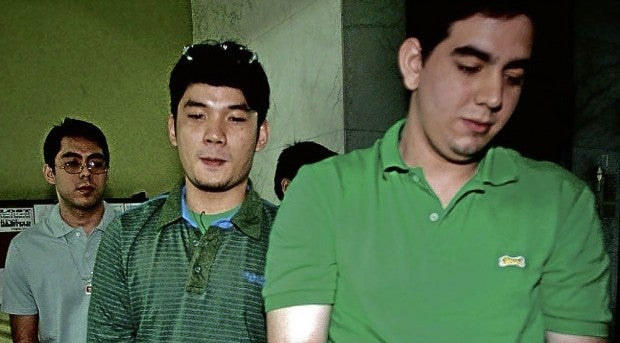 Richard Brodett, Joseph Tecson and Jorge Joseph in a photo taken in 2009, a year after their arrest. INQUIRER FILE PHOTO

In a 23-page decision, the appeals court’s Special Fourth Division through Associate Justice Leoncia Real-Dimagiba said government lawyers failed to show proof that the lower court abused its discretion that would warrant a reversal of their ruling clearing Richard Brodett and Jorge Joseph.

“While there may be instances when a reconsideration after an acquittal may be possible, this is upon very exceptional and narrow grounds as when the Court gravely abused its discretion resulting in loss of jurisdiction, or when a mistrial has occurred in which case the State may assail the decision by certiorari,” the appeals court said.

“But this is not the case at bar as we see no grave abuse of discretion on the court in acquitting the private respondents,” the court further stated.

The Muntinlupa RTC Branch 204 Judge Juanita Guerrero, in its ruling acquitted Brodett and Joseph for the prosecution’s failure to prove their guilt beyond reasonable doubt.

The lower court said that the failure of the prosecution to establish all links in the chain of custody of evidence seized from the suspects in a buy-bust operation conducted last Sept. 19, 2008 inside the posh Ayala-Alabang Village was fatal to the case.

Concurring in the decision were Associate Justices Amelita Tolentino and Danton Bueser.