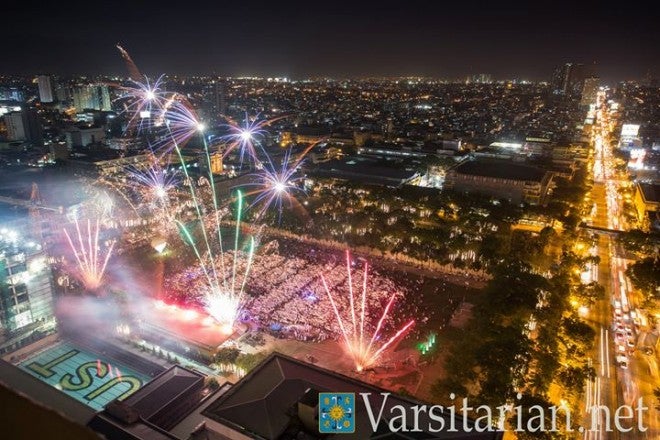 Photo courtesy of The Varsitarian

MANILA, Philippines–University of Santo Tomas students will expect a ‎longer summer vacation this year as the university moves the start of its classes to July.

This was after Reverend Father Winston Cabading O.P., UST secretary general, officially approved the collegiate calendar for academic year 2014-2015 as preparation for the integration of the Association of Southeast Asian Nations in year 2015.

From the previous June to March academic calendar, the UST school calendar will start July 7 with a traditional mass of the Holy Spirit or Misa de Apertura.

The anticipated ceremony for incoming UST students, the Thomasian Freshman ‎Walk, will be held on July 11 followed by the official start of regular classes on July 14.

In a report by UST’s official publication, the Varsitarian, it said the traditional Paskuhan festivities will be celebrated earlier than December 8.

It added that Paskuhan would fall within the semestral break, coinciding with the feast of Immaculate Conception.

From the December semestral break, students will return on Jan. 5, 2015 for the second semester.

Unlike the usual March schedule for baccalaureate mass, the eucharistic celebration for graduating Thomasians will be held on May 15 next year.

After almost two weeks, solemn investitures will then be moved to May 26, 2015.

Ateneo, UP change in academic year