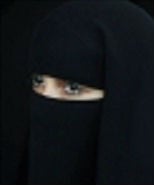 COTABATO CITY, Philippines – Citing the importance of Muslim women wearing the hijab (scarf), Muslim lawmakers are one in pushing for a proposed measure that would not, in any way, hinder its use in the country, according to a party-list legislator from Mindanao.

Anak Mindanao Representative Sitti Djalia Hataman said House Bill 659, which was filed in, would ensure that institutions, entities, establishments and organizations would not discriminate against the use of hijab, which, lawmakers said, should be seen as part of every citizen’s freedom of religion and expression.

As principal sponsor, Hataman, wife of Autonomous Region in Muslim Mindanao Governor Mujiv Hataman, said she felt elated that the proposed measure got the support of Muslim lawmakers.

“We will try to convince other (non-Muslim) members of the House to support its passage,” she said of the bill entitled “The Equal Protection Act.”

During The World Hijab Day forum held at the Shariff Kabunsuan Cultural Center here on Saturday, Hataman broke down as she recalled a humiliating occasion where she and her husband, then congressman Mujiv, were barred from a venue unless she removed her head cover.

That was then, when Muslims in the world were stereotyped as terrorists because of the frequent bomb attacks and terror activities blamed on them, she recalled.

She said the unforgettable experience made her faith stronger, and when she was elected party-list representative, she openly declared the wearing of the head cover or scarf by women as her political statement and that Muslim women should not be ashamed of it.

The emotional revelation brought Hataman to tears that interrupted her speech before a crowd of women in colorful headdresses.

Hijab is a veil-covering of a woman’s head and chest. It also refers to any head, face or body-covering that conforms to religious standard practices on modesty and morality.