Comelec to set up polling precincts for elderly, disabled in all SM malls 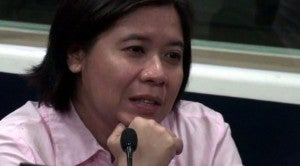 MANILA, Philippines—The Commission on Elections plans to use SM malls as polling precincts for senior citizens and people with disabilities (PWDs) in the 2016 presidential elections.

This was revealed by Comelec Commissioner Grace Padaca following the success of four pilot polling areas inside SM malls in the barangay elections last year.

The Comelec, in cooperation of SM Cares, the corporate social responsibility arm of SM Supermalls, set up four polling places in four SM malls, called the SM Accessible Polling Places, in Luzon, Visayas, Mindanao and National Capital Region (NCR) as part of the implementation of R.A. 10366 or the law authorizing the poll body to establish precincts for PWDs and senior citizens.

She said with the success of the pilot project, she is confident that the full implementation of R.A. 10366 will be realized in 2016.

“We are very excited because we are finally giving voice to our PWDs and senior citizens by making it easier and accessible for them to vote. And we are grateful that our malls, especially SM, are fully supportive of this endeavor.

Bien Mateo, vice president for operations of SM malls, said SM  fully supports the expansion of the polling precincts  for PWDs and senior citizens in all their malls.

“We will open all our malls as polling precincts because it has always been our commitment to make our malls responsive to the needs of the PWDs and senior citizens,” he said.

He stressed that SM had always been supportive of endeavors to uplift the lives of PWDs and senior citizens. He said the Angels Walk is only one of the programs of SM Cares to support this particular sector of society.

The successful holding of Angels Walk, a yearly event to raise awareness on autism, is a testament of SM’s commitment towards this cause, Mateo added.

Meanwhile, overseas Filipino voters will now have more opportunity to register and have their biometrics taken to be able to participate in the 2016 elections as the Comelec conducts field or mobile registrations.

In an interview, Comelec spokesperson James Jimenez said mobile or field registration seeks to reach out to OFWs who may find it difficult to go to Philippine diplomatic posts to register.

“Some OFWs, particularly in Middle East, do not go to the posts because their employers do not allow them. So we will conduct registration at various locations outside the posts,” he said.

However, Jimenez said the areas where the field registrations would be held would depend on the host country. With Tina G. Santos