MANILA, Philippines–A pot session hall in the House of Representatives? 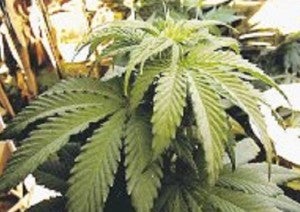 The solon laughed off the idea, especially as he intends to file a bill seeking to legalize marijuana but only for medical purposes.

Isabela Representative Rodolfo Albano III said in a minority press briefing that he was consulted by families of epileptic children to sponsor a bill on medical marijuana.

“I just want to clarify because people are thinking there might be a pot session instead of a regular session,” the solon joked in Filipino to reporters and fellow solons on Wednesday.

“But this is not smoking marijuana,” he added.

The lawmaker said scientists can remove the addictive substance in marijuana and extract the oil for its medicinal purposes.

This oil seeks to cure epilepsy, depression and even cancer, Albano added.

He cited a Youtube video entitled “Weeds” that proposed the idea.

The solon apparently had the backing of the minority bloc, as floor leader San Juan city Rep. Ronaldo Zamora said they are in agreement to consider medical marijuana.

“We are in agreement that marijuana for medicine should be examined,” he said.

Albano said he would file his bill on March.