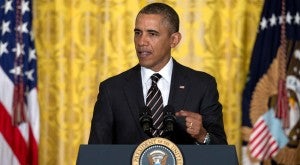 WASHINGTON — President Barack Obama is proposing new incentives for trucks to run on natural gas and other alternative fuels.

In his State of the Union address, Obama is also calling for a new tax credit to spur infrastructure for advanced vehicles that run on cleaner fuels, like hydrogen, natural gas or biofuels.

Obama is also repeating his 2013 call for Congress to repeal tax provisions that benefit the oil industry. He wants Congress to create a trust that would use oil and gas revenues to fund technology investments to shift cars off of oil.