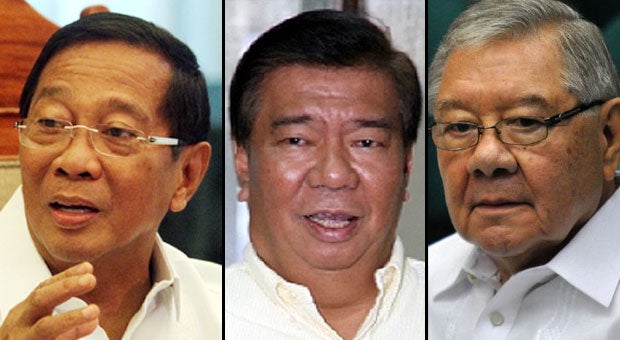 The survey was conducted from Dec. 11 to 16 and was first published in the BusinessWorld newspaper.

In an earlier report, SWS said President Aquino’s net satisfaction rating remained unchanged at “good” +49 in December, yielding a 2013 full-year average of +55, a slight improvement from his +53 similar averages in 2012 and 2011.

The SWS also found the Cabinet having the biggest decline among top government institutions, recording a “moderate” +20 (46 percent satisfied, 26 percent dissatisfied), down seven points from the previous quarter.

Public satisfaction with the House of Representatives stood at a “moderate” +26 (51 percent satisfied, 24 percent dissatisfied), a point lower than the previous quarter.

At the time of the survey, the government was conducting massive rehabilitation in the areas devastated by Supertyphoon “Yolanda” (international name: Haiyan) in Eastern Visayas.

Meanwhile, the House committee on power was probing Manila Electric Co.’s hefty rate increase of P4.15 per kilowatt hour following the shutdown of the Malampaya natural gas pipeline from Nov. 9 to Dec. 9.

The Inquirer also reported that an alleged “fixer” in the Supreme Court, Arlene Angeles Lerma, was identified for influencing court decisions in favor of her clients with huge payoffs to judges and justices.

The survey, which used face-to-face interviews of 1,550 Filipinos, had a margin of error of plus-or-minus 2.5 percent.