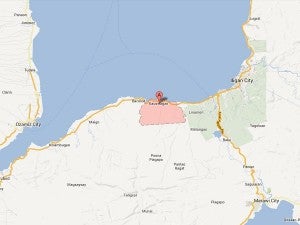 Gelli told the Inquirer that they opened the steel-made Bailey bridge to vehicular traffic around 10:30 a.m. Monday.

Because the temporary bridge spans only one lane, authorities are regulating vehicular flow at both ends, allowing 10 vehicles to pass it from each direction at a time.

The concrete 51-meter bridge gave way during a flood on Jan. 13, cutting off a vital link between the northern and western Mindanao regions.

The alternative for travelers is a boat ride between Iligan and Ozamiz cities, or taking outriggers to cross the Larapan River.

The National Disaster Risk Reduction and Management Council estimated the cost of the damaged bridge at P82 million. The DPWH estimated that its replacement will cost some P155 million.

Transportation cut off between Northern and Western Mindanao