US nuns can opt out of contraception clause–high court 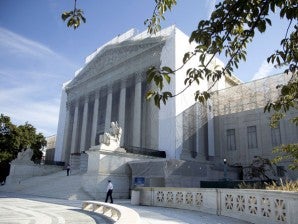 WASHINGTON—The US Supreme Court said Friday that religiously-affiliated groups could opt out of a provision in the new health care law that requires employers to provide insurance that includes contraception.

But the high court, whose temporary order only applies while litigation continues, also ordered the groups to first notify the Department of Health and Human Services in writing of their objections to the so-called contraception mandate.

The groups that filed the petition were the Baltimore-based Little Sisters of the Poor order of nuns that runs nursing homes across the United States, and the Christian Brothers Services of Romeoville, Illinois, which provides health care benefit services for the Catholic community.

Both had cited their Roman Catholic religious convictions in opposition to the contraception requirement, one of the most controversial aspects of President Barack Obama’s health law.

The Obama administration has said that women who work for nonprofit religious groups that are against birth control could receive separate coverage not paid for by their employers.

The law exempts churches and other religious organizations from having to provide coverage for birth control.

But the administration refused to offer such assurances to secular businesses whose owners have religious objections to contraception. That distinction led to a separate group of lawsuits.

The landmark Affordable Care Act (ACA) was a bid by Obama to guarantee that uninsured Americans are afforded access to medical care, but opponents have objected strongly to various aspects of it.