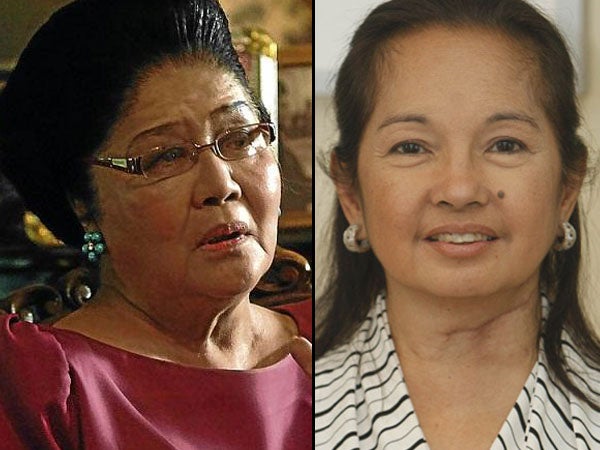 MANILA, Philippines—Former first Lady and Ilocos Norte Rep. Imelda Marcos lamented the continued detention of former President Gloria Macapagal-Arroyo, and described the latter’s situation as “cruel” and “not human” when she went visiting on Wednesday.

Marcos, in a brief talk with reporters, noted that Arroyo’s family was allowed to be with her at the Veterans Memorial Medical Center (VMMC) only for a certain period.

“She is visited only by her husband, her children, from the afternoon to 9 p.m. Then she has no one. So cruel. So unjust. Not human. I am sorry, so sad to be there,” Marcos told reporters.

Arroyo’s spokesman, Raul Lambino, was present at the VMMC meeting between the former first lady and the former President. He said Marcos was concerned as to why Arroyo, who is facing plunder charges, has not been allowed to post bail and is being kept in detention despite her condition. Marcos noted that Arroyo was still an accused, not a convict.

Lambino said Marcos even compared Arroyo’s situation to that of Sen. Aquino, President Aquino’s father. But Marcos pointed out that the Marcos administration allowed Aquino to travel abroad to seek treatment even if he had already been convicted then.

Arroyo has undergone surgery on her spine for cervical spondylosis, a condition where bones of the neck deteriorate and cause a misalignment in the spine.

Marcos and Arroyo, who is also the incumbent Pampanga representative, also discussed their projects as legislators, as well as their families, Lambino said.

They also talked about the ties between the Macapagal and the Marcos families during the pre-martial law days, he added.

Marcos came to the Veterans Memorial Medical Center around 3 p.m. with a bunch of red roses for Arroyo, as well as a gift. Pasta was served during the meeting.

At around 4:30 p.m. Wednesday, Lauro Vizconde of the Volunteers Against Crime and Corruption came to see Arroyo. Previous visitors include former Presidents Joseph Estrada and Fidel Ramos, and her critics retired Lingayen-Dagupan archbishop Oscar Cruz and Jesus is Lord leader Eddie Villanueva.

Santiago: Arroyo should be allowed to ‘relax’ under house arrest

Aquino has no plan to visit Arroyo at VMMC—Palace