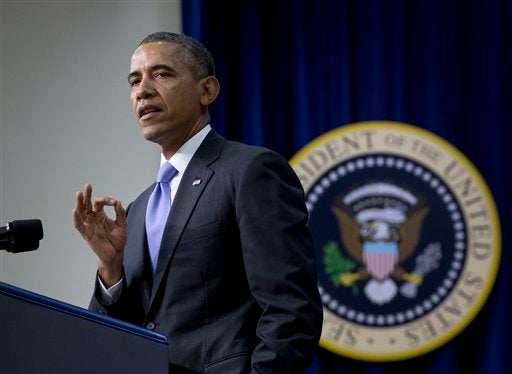 WASHINGTON — Several of the key surveillance reforms unveiled by President Barack Obama face complications that could muddy the proposals’ lawfulness, slow their momentum in Congress and saddle the government with heavy costs and bureaucracy, legal experts warn.

Despite Obama’s plans to shift the National Security Agency’s mass storage of Americans’ bulk phone records elsewhere, telephone companies do not want the responsibility. And the government could face privacy and structural hurdles in relying on any other entity to store the data.

Constitutional analysts also question the legal underpinning of Obama’s commitment to setting up an advisory panel of privacy experts to intervene in some proceedings of the secret Foreign Intelligence Surveillance Court, which oversees the NSA’s data mining operations. Obama has asked Congress to set up such a panel, but senior federal judges already oppose the move, citing practical and legal drawbacks.

The secret courts now operate with only the government making its case to a federal judge for examining someone’s phone data. Civil libertarians have called for a voice in the room that might offer the judge an opposing view.

“The devil is in the details of how the government collects and retains phone records,” said Anthony Romero, the executive director of the American Civil Liberties Union, “and I think we’re going to see pretty quickly the lack of specificity behind some of the president’s promises.”

The surveillance programs have been under fire since former NSA analyst Edward Snowden absconded with an estimated 1.7 million documents related to surveillance and other NSA operations, giving the documents to journalists around the world. Revelations in the documents sparked a furor over whether Americans have been giving up privacy protections in exchange for intelligence-gathering on terrorism.

The revelations about U.S. surveillance programs have also damaged U.S. relations with key allies, including Germany following reports that the NSA had monitored communications of European citizens — even listening in on Chancellor Angela Merkel’s cellphone.

Obstacles to enacting Obama’s plans are expected to mount quickly as administration officials and legislators grapple over what sort of entity will oversee the calling records swept up by the NSA. Obama ordered the Justice Department and intelligence officials to devise a plan within the next two months.

Privacy advocates also questioned the administration’s silence on what it will do with hundreds of millions of phone records, at minimum, that are now kept on file in government inventories. Citing the NSA’s plans to build a vast data storage facility in Utah, Romero said “there was nothing in the president’s speech about what’s already in the government’s hands.”

Obama’s task force, the Review Group on Intelligence and Communications Technologies, had recommended cutting the time that the NSA could retain private records from five to two years. But Obama’s proposals do not address the issue of duration, leaving those records still in NSA control for the foreseeable future.

Who or what takes over the storage of private phone records is also at issue. Telephone company executives and their lawyers have bluntly told administration officials they do not want to become the NSA’s data minders. Cellular industry executives prefer the NSA keep control over the surveillance program and would only accept changes if they were legally required and spelled out in legislation.

Even with broader legal protections to shield phone companies from liability, the corporations are wary of being forced to standardize their own data collection to conform to the NSA’s needs. Phone firms already retain various forms of customer records, but the duration of their storage and the kinds of records they keep vary from less than two years, for firms including Verizon, US Cellular and Sprint, to seven to 10 years, for T-Mobile.

Shifting control of phone metadata from the NSA to cellular providers would cost the government in excess of $60 million, according to government estimates. But phone executives say the need to build new technical infrastructure and add more staff to contend with records demands would cost far more.

Legal experts say that hiring a private firm or creating a new independent entity to store and oversee the NSA’s phone records is an even greater hurdle. It is unclear whether the government could hire a private contractor or create a quasi-private data storage entity along the lines of the Federal National Mortgage Association, or Fannie Mae, the government-sponsored mortgage enterprise.

Hiring an outside private firm might not quell public mistrust, considering the recent widespread hacking into Target and other companies, experts said.

“Unless this is very carefully drafted, the public is going to pick this apart from Day One,” said Stewart Baker, a national security law expert and former senior Bush administration official.

Manila not surprising as a US listening post, says security analyst

Read Next
Baguio stays cool at 8.4 degrees; Pagasa sees colder days until February
EDITORS' PICK
In Borongan, nuns play hoops (not mahjong)
House energy committee chair Arroyo bats for cheap electricity
A laptop that maximizes your WiFi so you can maximize your productivity
Why Tagle is a leading papal contender
Powered by style, innovation and passion
KWF has no power to ban, censor written works – Lagman
MOST READ
Zubiri on SRA mess: Shameful, disgusting
Why Tagle is a leading papal contender
Arjo Atayde reveals proposal to Maine Mendoza was ‘more than a year’ in the making
My neighbor FVR: From soldier to president
Don't miss out on the latest news and information.