History of the Filipino of the Year award 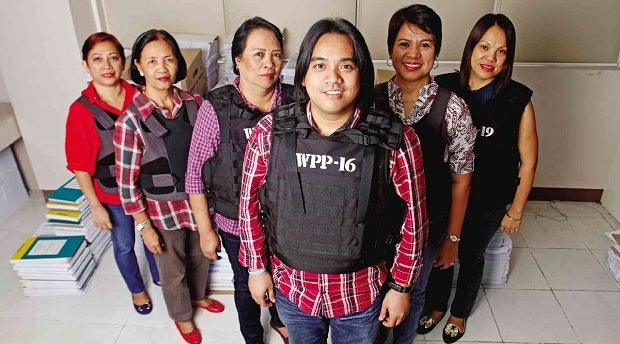 MANILA, Philippines—The honor first went to chief vulcanologist Raymundo Punongbayan, since passed on, for his heroic and single-handed efforts to save lives and educate Filipinos during the Mt. Pinatubo eruptions.

Traditionally, the award is given to a living Filipino, but on two occasions, the Inquirer editors and assistant editors voted for a nonliving Filipino—Fernando Poe Jr. in 2004 and the late Interior Secretary Jesse Robredo in 2012.

Corazon Aquino and Pacquiao, having been voted twice, are in the Inquirer’s Filipino of the Year hall of fame.

No sacred cows for ‘Tres Marias’

Read Next
Regular reshuffle eyed to curb corruption at BOC
EDITORS' PICK
Acer starts the year off strong with the Aspire Vero National Geographic Edition
The best of bayside and city living at SMDC’s Sail Residences
EDITORIAL: Protecting the polls’ integrity
COVID-19 virus spread slowing down in Metro Manila, says OCTA Research
Over 3 Million worth of prizes to be won at Smart Padala’s SENDali Manalo Promo!
Comelec junks petition to scrap Bongbong Marcos COC
MOST READ
In Batanes, octogenarian dies of COVID-19
Drug lord Espinosa tried to escape through air vent at detention facility – NBI
When to get boosters after positive COVID test
Marcos Jr. visits Cebu, stands as ‘ninong’ to mayor’s son
Don't miss out on the latest news and information.