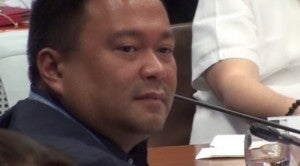 MANILA, Philippines—The unauthorized payment of bonuses to executives of government-owned and controlled corporations has prompted an opposition senator to question the good governance platform of the Aquino administration.

Sen. Joseph Victor Ejercito, chair of the Senate committee on economic affairs, blamed the Governance Commission for GOCCs for allowing the payment of bonuses that state auditors found inappropriate.

“After all that the GOCCs went through and despite the promises made by P-Noy (President Aquino’s nickname) in his first Sona (state of the nation address), it turns out that the path has yet to be straightened out,” Ejercito said in a text message.

The windfall of bonuses given to GOCCs during the Arroyo presidency was one of the issues addressed by the Aquino administration shortly after it came to power in 2010.

The Senate inquiry into the 36-month compensation package at the Metropolitan Waterworks and Sewerage System during the Arroyo administration eventually led to the crafting of the GOCC Governance Act of 2011, principally authored by Sen. Franklin Drilon.

The law created the GCG that oversees the compensation of GOCC executives and employees.

“The problem is the implementation, the violation committed by authorizing the release of bonuses,” Ejercito said. “It seems there is nothing wrong with the GOCC law. What needs to be done is how to ensure that the governance commission strictly follows the law and at the same time considers the plight of the rank-and-file employees of GOCC.”

Sen. Antonio Trillanes IV, an ally of President Aquino’s, said the more than P1-billion disallowed bonuses of Philippine Health Insurance Corp. would be included in his proposed investigation of the increase in Philhealth contributions.

“Definitely, it will be included. It is relevant to how the contributions are being spent,” Trillanes said in a text message.

Trillanes earlier filed resolutions asking for an investigation into the impending increase in the monthly contributions of members of the Social Security System and the Philhealth.

“In the midst of the energy situation in the country, and the country’s reeling from a chain of natural and man-made disasters, here comes another burden which would definitely have an effect on the take-home pay of the members who did not receive corresponding salary increase,” Trillanes said.

He said the SSS was set to implement the raise in contributions of its members, from 10.4 percent to 11 percent, to reduce its unfunded liability of about P1.1 trillion by P166 billion or 15 percent, and to extend the Social Security Fund until 2043. The increase will affect 30.04 million SSS members and 871,642 employers.

Under Senate Resolution No. 434, Trillanes indicated the need to review the financial statements of SSS and its financial viability, and to determine if the proposed increase was reasonable.

His Senate Resolution No. 435 also seeks to review the status of the National Health Insurance Fund and the reason for the increase in contributions, and to determine if the increase is reasonable.

86% of 2014 budget now released to agencies—Aquino