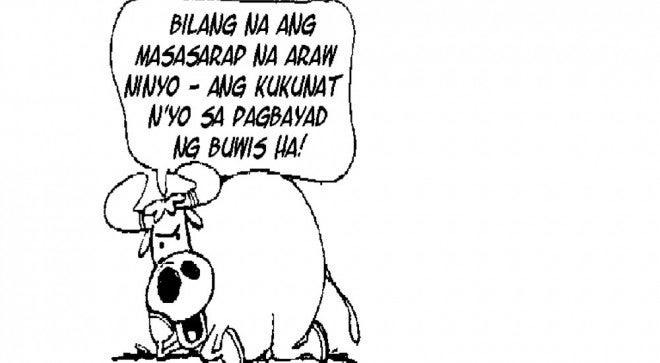 To be sure, lechon sellers raked in huge profits during the last holiday season. They can cut the celebration, because the taxman is planning a roast and may send for them to serve as the pig.

Unknown to them, the Bureau of Internal Revenue (BIR) has been watching the industry and found it crispy enough to be served up at an investigation for tax evasion and under declaration of income.

In its latest “Tax Watch” ad, the BIR says it has found that a third of the most popular lechon sellers are not paying taxes, while the rest are declaring “very low” income.

For instance, the BIR says in its tax-payment performance of lechon sellers for 2012, Mila’s Lechon reported an income tax payable for the year of only P5,099.

Sellers Three Little Pigs and Rico’s Lechon declared that they had no income tax liability for 2012, the BIR says.

Out of the 17 most popular lechon sellers in the country, six did not file income tax returns for 2012, it says.

The BIR lists 17 most popular lechon sellers, based on the published choices of online magazines Interaksyon, Choosephilippines.com and Spot.ph.

They can start worrying, although the BIR earlier said the weekly “Tax Watch” was not making a conclusion that the businesses mentioned in it were tax evaders.

But tax officials involved in the BIR drive against tax evasion said those businesses were among the establishments that the taxman had started to monitor closely.

Should the investigation show that those businesses are violating tax laws, they would face charges, the officials said.

To scare evaders, the BIR brings tax evasion charges every week against erring businesses and personages.

The drive aims to eradicate tax evasion which, according to the World Bank, costs the Philippine government an estimated P450 billion in lost revenue every year.