Budget Usec Relampagos: Why me? 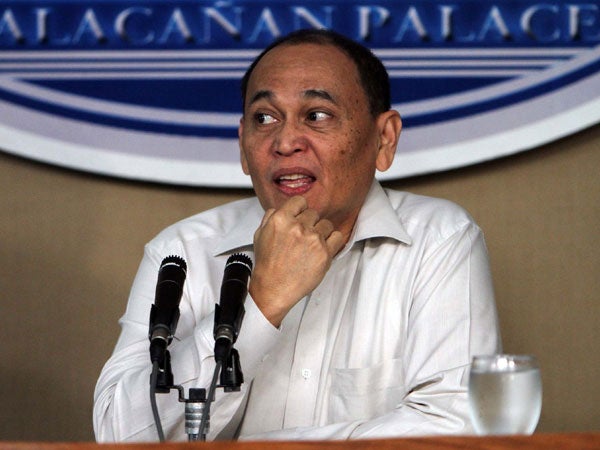 Budget Undersecretary Mario Relampagos has questioned why he is being singled out for suspicion in the “fake Saro scam” even as he denied having submitted a statement to the National Bureau of Investigation in connection with the NBI investigation.

“I was the one who objected to its (the Saros’) release because of deficiency of documents and now I am the one allegedly being investigated,” Relampagos said in an interview.

He claimed to having expressed his objections even before the issue of fake Saros emerged in connection with farm-to-market road projects in Cagayan Valley.

Relampagos also said that contrary to the NBI claim, “I have not submitted any statement to them nor was I called in for questioning.”

“The NBI has not talked to me and I am willing to cooperate with the investigation and I hope the investigation will be over soon so the guilty parties could be punished and the innocent will be spared from further vilification,” he said.

The budget undersecretary explained that all documents at the Department of Budget and Management (DBM) go through his office as he has been designated by Budget Secretary Florencio Abad to sign on the latter’s behalf.

“I signed for everything but only after it had the approval of the secretary and these documents go through other offices also,” he said.

He added that the DBM documents go through a budget analyst, a budget officer in charge of the project, a legal officer and technical personnel, then to the office of the secretary and then his office.

Relampagos explained that unlike his previous bosses where he was only authorized to sign as a last resort, Abad had designated him as the signatory of all documents, including the issuance of the special allotment release order (Saro) and the notice of cash allocation (NCA).

A Saro is a DBM approval that paves the way for the issuance of the NCA, which in turn triggers the release of funds from, say, the Priority Development Assistance Fund (PDAF) or the congressional pork barrel, and other government fund releases.

Relampagos has been with the DBM since the time of President Cory Aquino.

“In previous administrations I was only an option, if the secretary was not available, but now I am the designated signatory after the secretary has stamped his approval,” he said.

He explained that this designation was made only to ensure an efficient flow of documents.

He said he had no knowledge of the fake Saro scam, which sources in the agency said had been there for a “long time.”

Relampagos said he had talked to his driver, a DBM regular employee who has been implicated in the scam and one of those questioned by the NBI.

“I asked him about his involvement in the release of the fake Saro and he denied it. But if the NBI finds him guilty, he should be penalized. I will not cover for him,” he said.

Relampagos’ name surfaced in the investigation after several of his office staff, including a janitor, were implicated in the scam.

The NBI opened an investigation into the alleged fake Saro scam following a request from Abad last October.

Justice Secretary Leila de Lima earlier said investigators were not ruling out the possible involvement of “a higher DBM official or officials” in the scam.

The alleged scam was discovered after an agriculture official alerted Abad to the release of a Saro for P161 million, which was hand-carried by Enrico Arao, an aide of Cagayan Rep. Baby Aline Vargas-Alfonso, to the Cagayan Valley office of the agriculture department last October.

Arao claimed he did not know that the document was fake and pointed to Joel Badong, an employee at the secretary general’s office in the House of Representatives, as the source of the document.

Another Saro covering Western Visayas for P77 million was also found to be spurious.

The originals of the documents have remained with the DBM office and have neither been signed nor released.

Read Next
Justices, solons on collision course
EDITORS' PICK
UK’s Boris Johnson will resign, BBC reports
Unemployment rate up to 6% in May
Geek out at TOYCON 2022 powered by Smart Signature
High inflation: Your P1 is now worth only 87 centavos
High-risk pregnancy: Reducing your risk is in your hands
House energy committee chair Arroyo bats for cheap electricity
MOST READ
Suspect in grisly killing of missing woman in Bulacan arrested
Kim Atienza’s daughter flaunts bikini body in response to critics of her ‘revealing photos’
Japanese artist who created ‘Yu-Gi-Oh!’ found dead in the sea
UK PM quits as Conservative leader
Don't miss out on the latest news and information.