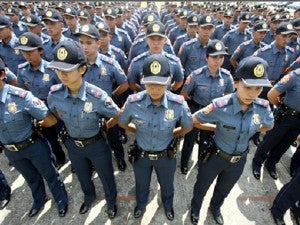 MANILA, Philippines – The Philippine National Police on Thursday reported that the number of stray bullet incidents for 2014 revelry went down compared to the 2013 celebrations.

For 2014,   Mayor said the PNP recorded 30 victims of wayward bullets with three-month-old Von Alexander Llagas of Caoayan, Ilocos Sur as the lone fatality.

Llagas suffered the same fate of 7-year-old Stephanie Nicole Ella of Caloocan  who was hit by a stray bullet in 2013.

Meanwhile, the PNP said 15 persons have been arrested by police for firing their guns. The operations were launched between December 16 and January 1.

Among those arrested were three policemen for unauthorized discharge of firearms. A police officer in Western Visayas was also being held on suspicion of firing his gun that hit one person.