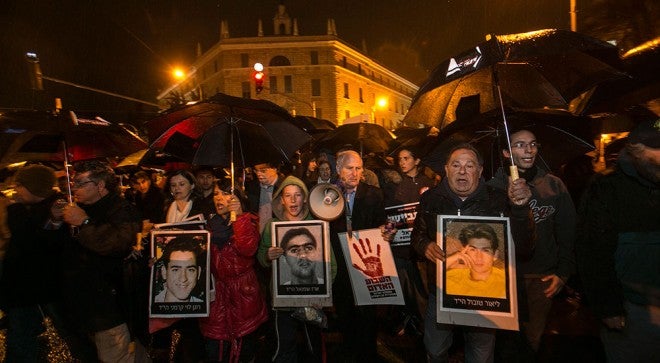 “Two vans carrying (18) prisoners left Ofer prison and were headed to Ramallah” in the West Bank, the official said, adding that three other prisoners were being released to the Gaza Strip and five others to east Jerusalem.

Tuesday’s release was the third stage of the freeing of 104 inmates that Israeli Prime Minister Benjamin Netanyahu committed to let go in four stages, when the peace talks were renewed in July.

It came after an Israeli court rejected a last-minute appeal by victims’ families, as US Secretary of State John Kerry was preparing to travel to the region in a bid to boost faltering peace talks with Israelis and Palestinians,

AFP correspondents in Ramallah, Gaza and east Jerusalem reported the freed prisoners had reached their destinations just before 02:30 am (0030 GMT).