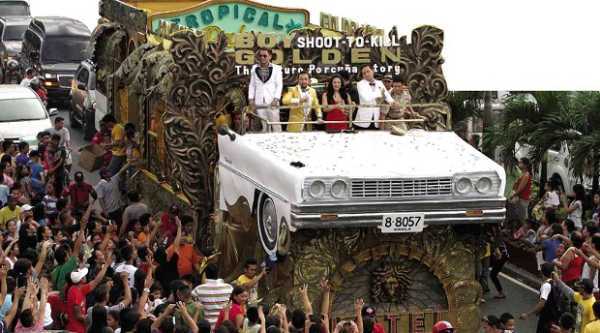 In a recently passed resolution, the city council noted that the MMDA has its hands full with traffic, garbage and other public service concerns.

“It is but proper that the MMDA be relieved of its task of organizing the MMFF, and transfer it again to the Mowelfund (Movie Workers Welfare Foundation) and the Film Academy of the Philippines, the people of which are more qualified to run the film fest because they are from the film industry themselves,” the resolution said.

It was authored by Councilor Ramon Medalla along three other councilors who are also movie actors — Anjo Yllana, Roderick Paulate and Gian Sotto.

The resolution pointed out that the MMDA was an outsider to the film industry and “cannot relate to the real sentiments of people working with the industry.”

It added that the MMDA charter did not mandate the government agency to organize the MMFF.

The Metro Manila Commission, which preceded the MMDA, managed the MMFF by tradition although this function is not provided for in the present MMDA charter.

The city council added that controversy hounds the MMFF because the profits, which should be allotted to Mowelfund, FAP and the anti-piracy film council, are shared with agencies such as the Film Development Council and the Optical Media Board, which are “merely on-lookers in terms of operations of the MMFF.”