Easterlies taking ‘brrr’ out of December 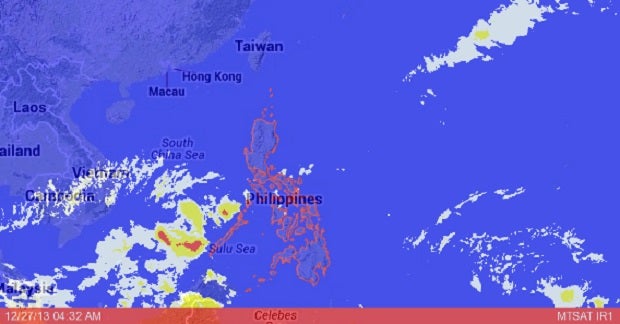 MANILA, Philippines—Warm, moist winds from the Pacific are taking the “brrr” out of December, the state weather bureau said Thursday.

“The influx of easterlies from the Pacific Ocean is causing warm and moist air masses to blow into the country,” Pagasa forecaster Mario Mendoza said.

The easterlies interact with the northeast monsoon (hanging amihan),” referring to cold winds blowing from Siberia, which typically bring cool air into the Philippines at Christmas time.

But this year, Pagasa noted that the monsoon’s effects, especially in Metro Manila and even Baguio City, were somewhat weakened due to the easterlies.

The coldest temperature recorded in Baguio City in December was 13 degrees Celsius on Dec. 6, while in Metro Manila, it was 21.8 degrees Celsius in the early morning of Dec. 2 and 23—higher than usual.

But Mendoza said it was not unusual for easterlies to disrupt the typical cold of Decembers. He noted that the Philippines was visited by strong typhoons in December of 2011 (“Sendong”) and 2012 (“Pablo”).

On the other hand, no storm is expected this December. This is contrary to Pagasa’s earlier projection of one tropical cyclone striking the country this month.

Based on Pagasa’s 24-hour weather outlook, the regions of Cagayan Valley, Ilocos and Cordillera will experience cloudy skies with light rains.

Metro Manila and the rest of the country will be partly cloudy to cloudy with isolated rain showers or thunderstorms, it said.

Moderate to strong winds from the northeast will blow over Northern and Central Luzon and coming from the east to northeast over Southern Luzon and Eastern Visayas, Pagasa said.

It’s not quite summer yet despite the heat