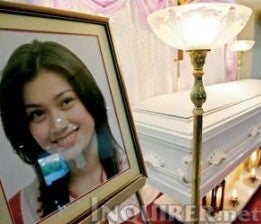 MANILA, Philippines—The Court of Appeals affirmed the indictment for parricide of Manuel Jimenez III in connection with the death of his wife Ruby Rose Barrameda.

Jimenez III, in his petition, said star witness Manuel Montero has already recanted his testimony early this year which was the sole and direct basis for his indictment.

But the Department of Justice argued that Montero’s earlier statement identifying Jimenez as among those responsible for Barrameda’s death is still not mooted by sheer withdrawal of the case.

The appeals court also dismissed the arguments raised that the body found could not have been that of Barrameda.

The case is now with the Navotas Regional Trial Court.

Ruby Rose disappeared in March 2007 and her body was recovered two years later sealed inside a cemented drum.