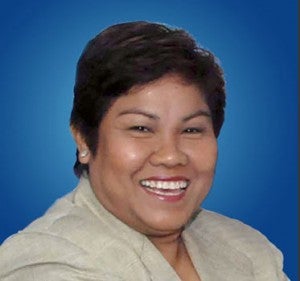 MANILA, Philippines—Malacañang says it will not put pressure on embattled Energy Regulatory Commission (ERC) chair Zenaida Ducut to tender her resignation or take a leave of absence.

Ducut is facing graft, malversation and bribery complaints in the Office of the Ombudsman in connection with the P10-billion pork barrel scam. She is also under fire for the ERC’s recent approval of electricity rate increases.

There is no legal compulsion to force her to quit, according to a Palace spokesperson.

“We all know the response to the (clamor for her resignation) is that there is no legal compulsion for (her) to take a leave or resign. And this former Congresswoman Ducut, she has a fixed term in her current position,” said Communications Secretary Herminio Coloma.

“So we leave it to her to decide” whether to resign or not, said Coloma, after citing the legal constraints on the matter.

When pressed if it was not high time for the Palace to put pressure, or at least use the moral suasion of the President to get Ducut to step aside, Coloma replied:

“The government and the President have been consistent in their view that we should have evidence-based (actions).”