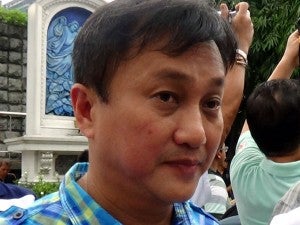 Metro Manila Development Authority chairman Francis Tolentino said Tuesday that the 25-year-old man, whose identity has been withheld, was apprehended by the MMDA and Manila police in a restaurant on Monday for selling fake complimentary passes to the upcoming 39th MMFF.

With this, Tolentino said, the film festival complimentary passes that have been issued previously will be cancelled until the MMDA traces the suspects in the fraudulent scheme. The fake passes have the same serial numbers as with the genuine ones.

The arrested seller, according to Tolentino, said that someone offered to give him money in exchange for selling at P800 falsifiedMMFF passes advertised on sulit.com, a buy-and-sell website.

As a result, Tolentino said the MMDA would print new designs of comlimentary passes with “more security features.”

The MMDA, the film festival’s organizer, has temporarily withheld the suspect’s name “so as not to jeopardize follow-up operations.”

Tolentino said that although the suspect expressed his willingness to help in the investigation, falsification charges would still be filed against him.

The MMDA would conduct an extensive investigation and was closely working with the police in identifying the source of the forged passes, he said.

“This is not something to be taken for granted. We have to arrest the people behind this scheme and charge them in court,” Tolentino added.